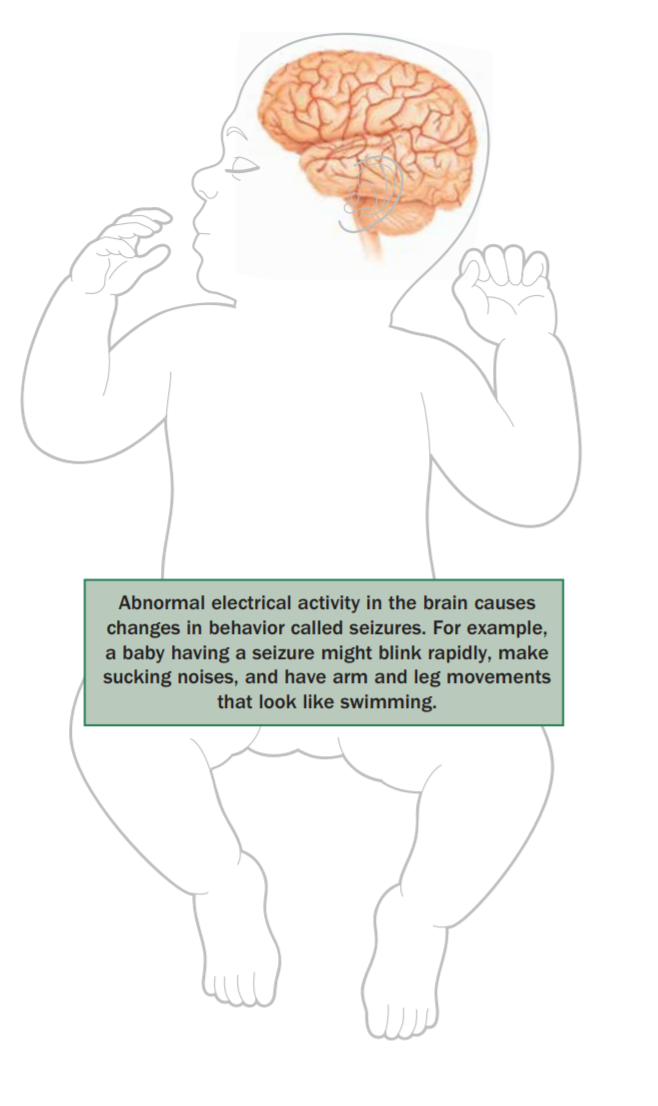 What are seizures?
Seizures are physical signs of sudden abnormal
electrical activity in the brain. Sometimes these signs
are easy to see (motor seizures), and sometimes
they look more like normal behavior (subtle
seizures). Examples include:
• Motor seizures – rhythmic muscle
jerks, contraction or rigid extension
of arms or legs on one side or
both sides
• Subtle seizures – blinking or fluttering
eyelids, smacking of lips, coordinated
movements that look like rowing,
swimming, or bicycling
What causes neonatal seizures?
There are many possible causes of neonatal
seizures. One example is hypoxic ischemic
encephalopathy (HIE), a brain injury resulting
from too little blood flow or oxygen delivery
to the brain. Other possibilities include
infection, hemorrhage (bleeding in the brain),
abnormal brain structure, and metabolic disorders
that disrupt the body’s normal chemistry. These
disorders may be due to other medical problems or
they may be inborn errors of metabolism (inherited).
Sometimes, no cause can be found

Treating Neonatal Seizures
How are neonatal seizures diagnosed?
When seizures are suspected, the most common test is an
EEG (electroencephalogram) to measure electrical activity in
the brain. The EEG readout is often compared with a video
recording of the baby’s movements to make a diagnosis.
Other tests will look for the cause of the seizures.
Examples include:
• Brain imaging using CT, ultrasound, or MRI machines
• Tests of blood, urine, and/or cerebrospinal fluid
(CSF) to check organ function and rule out chemical
imbalances and infections

How are neonatal seizures treated?
Neonatal seizures are usually treated aggressively to prevent
complications. In some cases (infection, chemical imbalance),
the cause of the seizures can be treated. In other cases,
the baby may be given medicines to stop the seizures. Many
babies do not need seizure medication long-term. The health
care team will talk to you about what’s best for your baby

What will happen next?
The long-term effects of neonatal seizures depend on the
cause of the seizures. Babies with normal background brainwave
activity (when not having a seizure) are likely to outgrow the
seizures and develop normally. Other babies may have cerebral
palsy or be at higher risk for epilepsy. These babies may be
referred to a specialist called a pediatric neurologist.
Every baby is different. Talk to the health care team. They
can answer any questions you have about your baby. 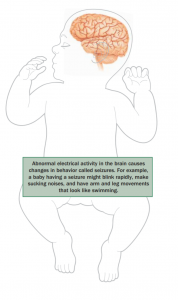 Glossary
Cerebrospinal fluid (CSF) – fluid
that surrounds the brain and
spinal cord
CT (or CAT) scan – painless
test that uses X-rays to create
a picture of the brain
EEG (electroencephalogram) –
test that measures electrical
activity in the brain
Hemorrhage – bleeding
Hypoxic Ischemic
Encephalopathy (HIE) – brain injury
resulting from too little oxygen
Inborn errors of metabolism –
inherited changes that disrupt the
body’s normal chemistry
MRI – painless test that produces
an image of structures inside the
brain. MRI machines do not use
radiation
Seizures – physical signs of
sudden abnormal electrical
activity in the brain
Ultrasound – painless test that
uses sound waves to create a
picture of the brain 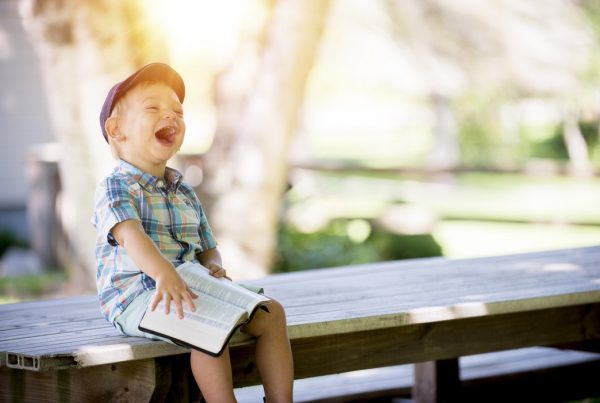 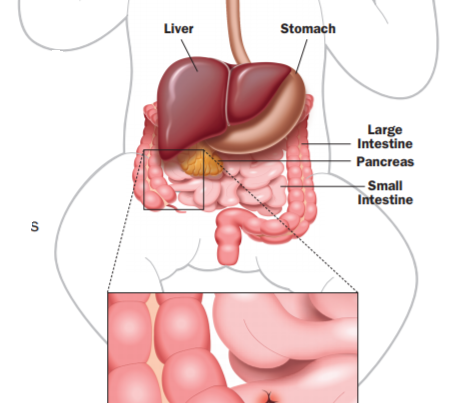